It is a Mixtape that has 3 tracks. This is an introduction of the new path that Jyz Yorke is going to be taking. This is the path of creativity for the message to be stronger and effective.

The_3_Tape_Cover_Art_
Has Jyz yorke’s 3 nephews. The tape is titled three to indicate the Childish Spirit that Jyz Yorke possess. Which is being open, humble and carefree. “This is how I live my life just like a child I just like being myself I am shameless about who I am. This is a lesson I’ve learned from my nephews, they believe in me and that motivates me and this is why I put them on the cover art”. There is a lot we can learn from children and the greatest lesson is having undoubtful faith. Thats the kind of faith that I want in my life and I want everyone to have this kind of faith in God and in life.
The three is a symbolism for the age which means that we can always be corrected or willing to learn. It doesnt mean that I am childish it just means that even as a mature human being we should learn to accept growth and be willing for growth.

The Project has three tracks
heartbroken.
oceans
#gom re
It is an emo project that is filled with a lot life lessons and things that Jyz Yorke went through. It is about depression,heart breaks and the hope that Jyz yorke still has in his music.
So like a child he opens up and he doesnt hide most of the things that he is going through.

I am truly sorry for losing hope and not believing in myself guys but your messages and encouragements have helped me a lot. Thank you for taking time to read this,listening to the music and sharing. This music thing means the world to me and it is such a beautiful thing to inspire others. You guys inspire me too. Your messages when some of ya’ll open up about similar struggles I went through, it motivates me. Thank you all, lets keep inspiring each other. Thank You Very Very Much. There is a lot of creative music that is coming from me. I will never quit music. It was just a mere phase and I have finally found myself and got back on track. Lets support each other and take this music across the border.
#WeAlmostThere
#3

The Tape is produced by SmartBoy who is also a rapper from Namibia
and thebootlegboy Zack on the track. Shout out to KYNG from CloyStudio for designing an amazing cover art.

We only dropping music videos still with putinworkinnovatives only if we hit more than 700 subscribers so lets goooooo thank you love you guys. Put your caps on.

The Colours intertwine with the character of my nephews and with the songs too.
Red for speaking truthfully without holding back.
Blue for crying or emotional.
Green for thoughtful and hopeful. 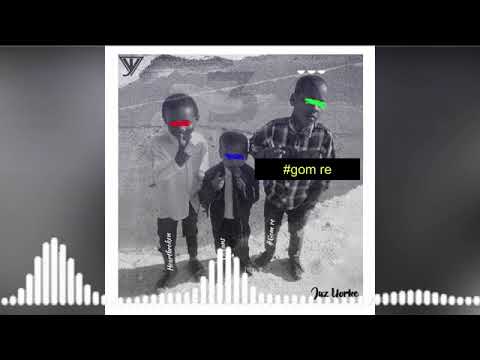