After a seven year hiatus, international superstar DaVido is back with a new album that once again musically expresses his proudly dual American and Nigerian roots. His latest offering, A Good Time, is the second album from the artist.

Featuring the catchy, upbeat Afro-Pop sound fans have come to know and love from DaVido, his latest release has been described by online magazine Pitchfork, as “one of the genre’s finest records ever.”

Following on this narrative, Spotify is collaborating with DaVido and paying homage to African culture, by celebrating his impact on African music and the global music scene as a whole.

This collaboration includes featuring DaVido’s songs on various international playlists on Spotify such as Are & Be – which also includes a host of platinum-selling American artists. Additionally, to amplify the album’s release, Spotify arranged a billboard takeover in Times Square New York showcasing DaVido’s portrait and album title.

Spotify also crafted A Good Time portrait series in celebration of DaVido’s Nigerian roots. Portraying the beauty of Nigerian culture, the photo shoot features a handful of Nigerian families and has resulted in the creation of A Good Time Digital Photo Album that will be used to promote his new album.

Spotify continues to further support African artists and music through the Afrohub platform, a Global Cultures initiative where Spotify promotes and brings to the surface culturally diverse music to users around the world. Initiatives such as these provide an instrumental vehicle for African artists to feature on the international stage.

While A Good Time was only recently released, DaVido’s single Blow My Mind featuring Chris Brown has already surpassed over 19 million streams on Spotify.

DaVido enlisted other Nigerian songwriters to help put this album together. By using and crediting them for their songs – he has further elevated African/Nigerian talent into a global arena.

The African music scene has been catapulted into the spotlight over the last few years as more artists across the continent have collaborated with one another on chart topping hits. These collaborations have contributed to the growth and diversity of the artists’ musical influences and audiences. Music lovers have been exposed to a wider variety of artists from across the continent, making the discovery of new music an integral part of their listening experience. Collaborations have included Nasty C, DJ Maphorisa, Major Lazor, Ice Prince and Jidenna on Particular, house musician Bucie and Wizkid on All For Love and Mafikizolo featuring DaVido on their hit song Tchelete. Tchelete is not the first time DaVido has made it onto local charts, his songs FIA and Fall also featured on music chart shows across the country.

DaVido’s latest offering is a culmination of the years of working towards reshaping the Nigerian Pop sound and reintroducing it to the world. This together with fellow Nigerian Burna Boy’s nomination for a 2020 Grammy in the World Artists category, clearly indicates that the global audience is listening.

Listen to the latest album from DaVido on Spotify.

Download the Spotify app via the Android or iOS app store or by heading to www.spotify.com – to embed Spotify into a website – right click on any playlist, go to ‘share’ and copy embed code. 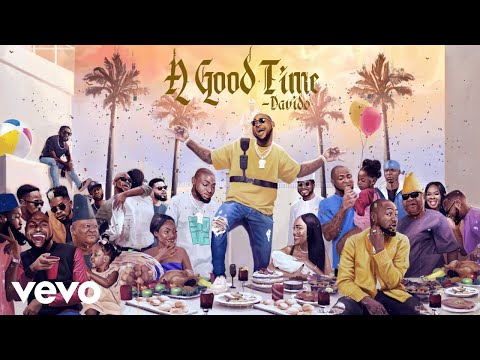