Success story includes 2 awards for a song called Babalaas featuring a Mozambiqan artist callex Xipanere for Munghana Lonene ‘Best Xitsonga House song, recently won it on the same category for a song called Tamati Soso featuring the talented 15 yer old sensation called Xisomisani who has since taken the industry by suprise, also produced for the award winning Live Band ‘African Stars‘. Accompanied by 19 other Nominations including FAME AWARDS Song of the year category with the song ‘Light after dark‘ collaboration with Rabs Vhafuwi which got international playwriting & recognition. My first album is called ‘Le Nkompon 1 & its available on itunes’,  Other collaborations include Nigerian Superstar ‘Eternal‘ on song NTOFONTOFO, recent single is a Smash hit called ‘Tamati Soso’ featuring a 15 Year Old hip hop talented Tsonga female called Xisomisani, it just won Best Xitsonga House song 2019 at Munghana Lonene awards, as it was on 3 nominations including best collab & most popular song of the year

You do so many things at your best… how would you describe Gami Swaga in one word?

How do you balance all these activities?

I’m very specific with time, time is precious to me so I make sure that I utilize every second that God gives me constructively.

Who or what got You into Media or Entertainment?

My father loved music so much, he had a live band, so as an 8 Year old, I was always there during their rehersals, that built a good foundation for Music in me.

What is the Good and The Worst thing about Media and Entertainment according to Your Experiences?

Well, the good is that you can be famous and get all the opportunities overnight, the bad part is: you  can loose all that in a second if you are not disciplined.

How did you discover or find Xisomisani?

She was passing by my street with her friends to school, rapping loud to a Song which I had done with Tsonga Rap king ‘Mthimbani‘ & Ms Kuli called TsongaSauce, I saw a lot of energy & potential in her.

Gami Swaga… What’s the story behind this stage name?

G.A.M.I = Get – A- Musical – Instrument… I wanted a name that had a significance in my craft, a name which would never expire.

You have Achieved a lot through Music and Entertainment,  Congratulations on that… How was the feeling on your first achievement and is the feeling different from now that you are achieving more?

Thank you very much, the 1st feeling of winning XMA15 was amazing, I never imagined, it felt great and i was humbled, I still get the same adrenaline when I achieve something new. Nothing changed

Few years from now,  where will Gami Swaga be?

Ive got aspirations of owning my own farm, in the midst of that, I will be traveling the world perfoming, with my team at Gami Music Production of course, and an ambassador of something  (hopefully with a couple of endorsements)

Your Latest hit Tamatisoso featuring Xisomisani,  What’s the Motive behind this track and how is the experience working with such talent?

The song was an instant hit, it was very well received by the Masses, Working with Xisomisani was/is amazing, she’s too talented to ignore.

What are wise words that keeps you going as an artist?

Have patience of a lion, your day will come.

Get in touch with Gami Swaga here: 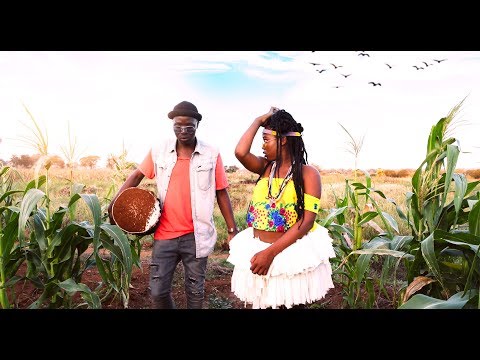