Born in Sebokeng, raised in Soetvelde Farms and moved to Sasolburg at age of seven. Thabang “FreshSta” Sereba released his much anticipated Musical Sound Project “Solomon Frash: my Alter Ego” on Friday the 6th of December 2019, the project is themed around him being an adult, facing life’s challenges and taking responsibility.
FreshSta started rapping back in high school, where he was heavily influenced by the likes of the late Mandoza and Zola to name a few.

“Growing up I listened to their music, which taught me how to actually put words to an instrument”. FreshSta recorded his first single in 2007, released his first project in 2011 titled “Leading Vuitton Don” and released another project in 2012 titled “All Things Fresh” which got him acclaimed as The “Fresh Star” he is today.
In 2013 he signed a management deal with I-Scoop Sounds as their first personality to manage. Under the management of I-Scoop Sounds, he released a six track EP titled “Stay Fresh or Die Trying” in 2014, the EP featured one of his biggest single “Afrika’s Way” that was featured on SABC’s educational show called Bona Re Etsang.

Solomon Frash: My Alter Ego is about FreshSta taking up a more responsible role in his life and his immediate family’s lives, Solomon is FreshSta’s late brother who met his untimely death in 2006, who was supposed to be the sole breadwinner and carer of the family after their mother retired. As it may, FreshSta had to step in and assume those roles.

In the intro song of the project FreshSta expresses his confidence and trust in God, saying he’s coming for everything in the music industry and he is ready to take over.

He also takes it down a notch on songs like; GANG/Kool n The Gang, Kwa Nduna and Makunyiwe where he is just having fun with the music while he relays the stories of his everyday life.

“I’d say music is more of a calling than anything else for me, it’s a journey filled with hardship and struggles. Music has taught me how to be a better person and a better business man, even though it is still difficult to break into the industry, I strive more because I cannot see myself doing anything either than music.” Says FreshSta. 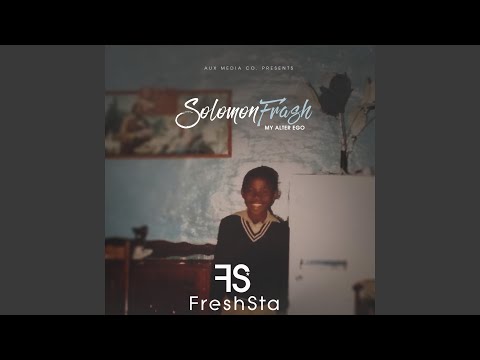