Rhymi is an upcoming producer, singer, rapper from a small town called Kathu in the Northern Cape province. He is surely one of those who will make it to the top in the music industry with his sound influenced by producers like T-Minus, artists like Drake, Tory Lanez, Tellaman, just to name a few.
Though Rhymi is influenced by the names mentioned above, he still comes through very unique with his powerful performing skills, his way of flowing with his vocals and his cultured content with rock-hard punchlines. Rhymi also possesses a love for Afro-Pop music.
Coming from a town where they pay very less attention to local artists Rhymi has managed to host his own gig which was a success in 2018 and is in plans to host the second one this year. Like any other local artist, Rhymi uses social media like Instagram, Twitter and Facebook to promote his music. Not long from now we will see Rhymi on TV screens and on everyone’s playlist with his flourished songs.
Rhymi is currently working on his 3rd EP titled “Meanwhile In Bloem” which will be released on all sorts of platforms like iTunes, Spotify, Soundcloud, etc. Be in the looks for Rhymi as he takes SA’s
music industry by storm.

What got You into Hip Hop?

I believe I am destined for it. Well, it all started when I was 11, after listening to some Lil Wayne music. He is the biggest influence to my music. I remember always sounding like him but all that changed now. I had to find my own sound which I did.

If You were not into hip hop, what would you be?

To be honest, I really don’t know. I don’t think of being elsewhere. I am too focused too be thinking of being anywhere else. I love Hip Hop too much.

What is the good and the worst about Hip hop according to Your Experiences?

Worst: To me it’s just how some people have negative things to say about Hip Hop. Some people believe if you make Hip Hop you are mixed up in some dirty things. Well I won’t blame them for thinking or believing that. Matter of fact we as human always have different things to say about certain things which is a normal thing.

Good: The music side of it. The way Hip Hop dominates all other genres and me being part of such a genre just feels awesome. Music is a way of expressing yourself but the genre Hip Hop is just the best aspect of doing that.

What is the Motive behind your upcoming EP “Meanwhile in Bloem?

At the end of February this year (2019) I moved to Bloemfontein to do some other courses. I had to quit my job back home (Kathu) so I just felt like I have enough time to make music comparing to the times I was still working I hardly had time because I get home feeling very tired that I couldn’t make any music and if I did work on a song after work it never sounded how I want it to sound and I’d be lazy to fix it, so I leave it as it is.

This was supposed to be a duo EP of me and a friend known as Grobz-king. I suggested we name the EP “3pm in Bloemfontein” and then he suggested “Meanwhile in Bloem“. I happened to love that name and so we named it “Meanwhile in Bloem” and we recorded the first song titled ” David Genaro” which we released as a single in March. After that Grobz-king’s schedules wasn’t meeting up so I decided to continue making the EP myself. So yeah that’s the motive behind the EP title.

From the surroundings where hiphop has less attention, how did you make the event a success?

It was really not easy for me. There were times I wanted to cancel the event but I wake up the next morning and just put more effort and look for sponsors.

It is amazing when there are people around you who want to see you succeed in something that you are doing even though they are not big followers of something that you doing. In my hometown people pay less attention to hip hop but they came through to support the boy and that was unexpected for me. It’s all about love. I only managed to bag one sponsor out of seven sponsors I approached. Thanks to Siyathemba HNA for the sponsorship I wasn’t gonna be such a success if it wasn’t for them. I give my blessings to them and believe they will grow to a bigger company.

Who is That One Rapper Whom you really want to have an experience working with?

This is a tough one… Drake is the guy. There are many more buh for now I’d go for Drake. The guy is just amazing.

Rhymi… What’s the story behind the stage name?

It was back in school once in English class we were busy writing essays and so… A classmate asked me why do I always have to rhyme in everything that I write down like essays and poems,etc. My answer to her was “because I’m Rhymi“. I really didn’t think when I answered her, it just came out from the top and that sounded so cool and then I said “oh yes, I am Rhymi” and then I introduced myself as Rhymi to everyone and that was that.

What are the best tips you can give to other upcoming rappers on how to find your own unique style in doing music?

Get inspired and do what you want to do. You don’t need anyone’s validation. Use anything you can use to sound different. Make it sound hard, very hard. Pray hard too.

How is the response from Family and Friends that you are a Rap Star?

Too be honest I don’t get that much support and response that I expect from them. But there are some of them that do show support here and there. But I will surprise them and make them proud anyway.

Few years from now, where will Rhymi be?

I see myself changing the way my hometown see hip hop. I see myself topping the charts, and every other artist begging for features. I see people believing in someone they never thought anything of. I see myself putting the northern Cape Hip Hop up there in the game. I also see all the game jumping on my beats. 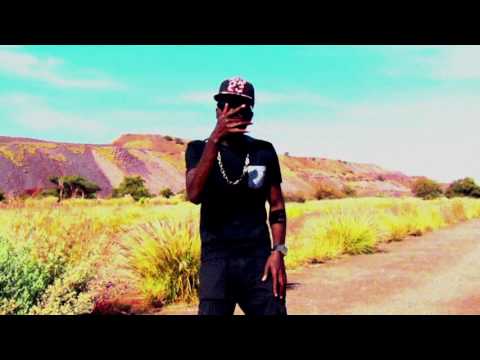