Moz Kidd returns with the timely release of another much awaited single dubbed “On the bench? Okay…” off his upcoming mixtape titled Michael Jordan on the bench earmarked to drop in September. 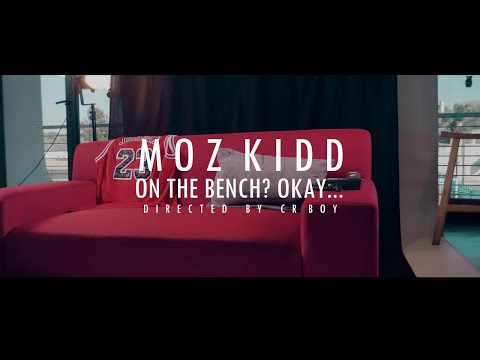 Basking on the massive acceptance enjoyed by his previous single Look What I Did, the 22-year-old rapper, always finds a way of telling his story on beats that other artists would usually only consider as instrumentals to “have fun with”.

“I feel like I’m starting all over again. As I mention in the song, consistency hasn’t been my thing, so for the past few months I have been trying to restructure and find a way to be consistent with releasing content as an artist. I’m done working on my project #MJOTB and I’m excited to get it out. I chose this song as the first one to release with a video because it sets the mood and fits the theme, of the energy I’m bringing on my project,” expresses Moz Kidd.

As of yet, only the music video is available as the song will be up for streaming and download in the upcoming mixtape. Moz Kidd, has proved to be one of the most promising and talented artists around and if the new song is anything to go by, the 22 year old law student is definitely bringing the heat.